ANY WAY I CAN: 50 YEARS IN SHOW BUSINESS by John Gay with Jennifer Gay Summers

or
Available at BEAR MANOR MEDIA

Many people know the actors who star in their favorite shows and movies, and others know the directors. The person who is most forgotten is the writer, the person who basically creates the world in which the stories take place.

One of these artists is screen, teleplay, and stage play writer John Gay. Now Mr. Gay, with the assist of one of his children, daughter Jennifer Gay Summers, has put out his autobiography.

And what a fascinating life it is. The California born Mr. Gay talks about the lure of acting and how it drew him across country (after serving our country in WWII ) to become an actor. Working in summer stock, he soon gained a great deal of experience as well as meeting his partner and wife Barbara “Bobbie” Meyer.

Venturing to New York, their attempts at gaining acting work led them to entering the new media of television ,broadcasting live several nights a week from the top of the New Amsterdam Theatre (the former home of the Ziegfeld Follies and now the House of Mouse where the hit musical ALADDIN currently resides).

The show, APARTMENT 3C had only two actors (the husband and wife team) and due to the low budgets, Gay had to also write the shows himself! The program became the second show broadcast from fledgling station WOR in 1949. A modest hit, it gave John Gay not only an extra avenue for revenue but a career for which he would greatly excel.

Their second show ,MR & MRS MYSTERY had a larger budget (they were allowed to hire other actors ) and Mr. Gay was able to parlay those into other writing assignments for the Golden Age of Television (KRAFT TELEVISON THEATRE ,PLAYHOUSE 90 )and crossing paths with such greats as Rod Sterling and Sidney Lumet.

From there he was now a full-fledged screenwriter, working with the likes of Vincente Minnelli (twice, neither of which were happy experiences) as well as actors like Rod Steiger (twice, in two gems well worth seeking out (NO WAY TO TREAT A LADY (1968 Paramount) and HENNESSY (AIP 1976)) and Paul Newman (SOMETIMES A GREAT NOTION 1971/Universal).

He nearly worked with science fiction great Ray Bradbury on the troubled production of WHITE HUNTER BLACK HEART, which remained unmade until Clint Eastwood and different writers turned it in a feature.

In the 1970s, when television really began turning out movies of the week and adaptations of classics, Mr. Gay seemed to have been involved with almost every great production. Many of my well-remembered favorites had a title mentioning John Gay as the Adaptor or Teleplay By credit. KILL ME IF YOU CAN (NBC,1977) had Alan Alda embody killer Caryl Chessman ; Anthony Hopkins as THE HUNCHBACK OF NOTRE DAME (CBS HALLMARK ,1982) ; LES MISERABLES (CBS HALLMARK 1978) and so many others. Plus he did superior TV remakes of mystery classics DIAL M FOR MURDER (ABC, 1981) WITNESS FOR THE PROSECUTION (CBS HALLMARK 1982), and SHADOW OF A DOUBT (NBC HALLMARK 1991). The list goes on and on .

He took his skill as a story teller to the stage, having VINCENT PRICE remind people what a brilliant and versatile actor he truly was in DIVERSIONS & DELIGHTS, a play about Oscar Wilde. Price took the play all over the world, doing well everywhere but NYC (when the New York Times critics could still kill a show).

Mr. Gay is a wonderful writer, telling his life story with wit, good grace and honesty. Indeed, it is one of the few books that I have read lately that I wish had been longer (Mr. Gay dismisses his work on the troubled George Pal science fiction film THE POWER (MGM, 1968) with just a line or two).

Having turned 92 this past April,2016 , we are pleased that he and his daughter have shared his wonderful story with us. I have been careful not to give too much away so that you can discover the wonderful life of John Gay within the pages of ANY WAY I CAN. 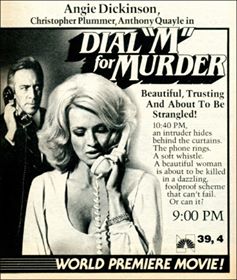 Full Disclosure: I have been in contact with the author and his charming daughter for several years now as I attempted and finally successfully directed the first NYC Equity Production of DIVERSIONS & DELIGHTS in 35 years. The chapters 40 and 43 deal with this wonderful gem of a play. 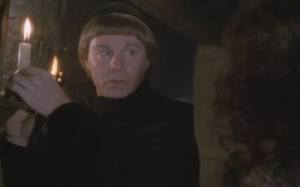