Back in 1996, a new and exciting film noir thriller opened to nearly universal raves. It reminded one of the excitement from 12 years earlier, when BLOOD SIMPLE (1984, Circle Films) won the praise of critics due to its clever plot and style.

Like BLOOD SIMPLE, this film was also the work of a dynamic brother writer/ director duo.

BLOOD SIMPLE was our introduction to the dazzling Coen Brothers Joel & Ethan while BOUND was the brainchild of Andrew (now Lilly) and Laurence (now Lana) Wachowski.

While BOUND was a critical darling, it failed to make back it’s $4,500,000 estimated production budget. However, when it was released to video by Republic video, the film was a major seller and was discovered on cable by an even larger audience.

The video remained popular, being released by Republic in 2001 on DVD. This release was the uncut version that had trailers, a behind the scene featurette, a commentary with the brothers, Tilly, Gershon, Pantoliano, film editor Zach Staenberg and tech advisor Susie Bright. However, the print was not the best, with a rather flat look that did not do the movie justice.

Paramount bought the Republic library and they licensed OLIVE FILMS to release a DVD and Blu Ray of the title in 2012. Unlike the previous releases, the Olive Film version was released in an anamorphic print that showed off the superb cinematography of Bill Pope (who would dazzle people with his work on the MATRIX trilogy for the Wachowskis for Warner Brothers) along with an improved picture along with the choice of viewing either the theatrical or unrated cuts (really, only 14 seconds difference). The extras were dropped in favor of offering the two versions. There were complaints at the time by some tech fans that the Olive Films release was only Dolby Digital 2.0, while oversea versions had an DTS-HD Master Audio 5.1 track.

These people will be disappointed,then, as this release is DTS-HD Master Audio 2.0. However, I found nothing to complain about with the sound, as it was clear and clean, and a wide range (so much so that I had to turn the sound down during one of the more violent sequences). Indeed, I had no complaints with the audio or indeed anything about this presentation. 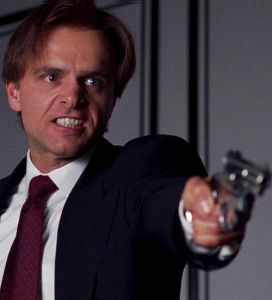 Both versions of the film are presented in a beautiful 1080p transfer in the film’s original 1.85:1 aspect ratio with optional easy to read white English SDH subtitles.

BOUND tells the story of Corky (a superbly confident performance by Gina Gershon), an “out” lesbian (whom we first see IN a closet!)  an ex-con now doing repair work in a mob owned apartment building. When she meets Violet (Jennifer Tilly, an often-underrated actresses), the girlfriend of mobster Caesar (the always marvelous Joe Pantoliano), they begin a torrid affair. Violet wants out of her 5-year-old relationship with Caesar, who launders money for the mob.

Shelly (Barry Kivel) is caught and tortured for stealing money from the mob, and then killed by Johnnie (Christopher Meloni), son of Mob Boss Gino (Richard C Sarafian). Caesar returns to the apartment with a bag full of bloody bills and will now have to literally launder the money! 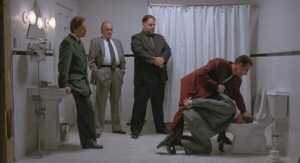 Violet hatches a plan to steal the $2 million and leave Caesar to face the wrath of the mob, but of course, like all good noir stories, things spin out of control, with a lot of people being brutalized and murdered.

The film was praised (as well as condemned by conservatives) for its lesbian romance, wherein the characters enjoyed their relationship (indeed sex consultant Susie Bright loved the characters. And had high praise for the main sex scene that was shot in a single take). 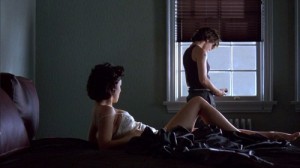 This plot point made it difficult for studios to back the film (all wanted it if they changed Corky to a man), but the Wachowskis stuck to their guns, being saved when Dino DeLaurentiis backed the project. The 38-day shoot was carefully planned, even though their original cinematographer quit feeling he could not do the film in the time allotted. Bill Pope stepped in and indeed helped plan some of the films visual look.

The film is a superb example of style serving the story. The colors often reminded me of a Dario Argento film, and often the camera often takes a god like view looking down on the action.

The original leads were Linda Hamilton as Violet and Tilly as Corky, but when Hamilton had to step out, Tilly switched roles and Gina Gershon was cast as Corky. Gershon then recommended Joe Pantoliano. The rest of the cast is top notch with Christopher Meloni as the not too bright but violent Johnnie stealing every scene he is in. No easy feat, when you consider marvelous performers as John P. Ryan (as mobster Mickey Malnato) are also in the cast. 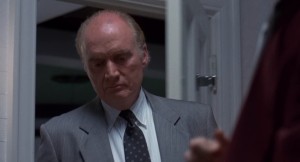 As noted earlier, the previous OLIVE FILMS release had no extras. This Limited Edition goes out of its way to correct that.

Besides the Hi-Def digital restoration the original Republic audio commentary has been restored. One of my favorite things is hearing how the creatives behind a project feel about their finished work and the enthusiasm runs throughout this commentary. 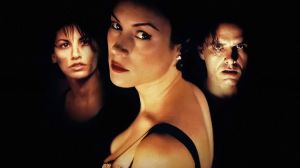 Ported over from the 2014 Arrow U.K. Blu Ray /DVD release by Red Shirt Pictures in conjunction with Arrow :

• “Here’s Johnny!” – with Christopher Meloni– “My character had poor impulse control” is the first thing Meloni says about his character, which must be a major understatement in this new video interview with the actor and how he gives major credit to Joe Pantoliano for his career and how he infused humor into his character.
•
• “Femme Fatales” – with Gina Gershon and Jennifer Tilly -new interviews with the two leads on how they got cast and their work process.

• “Modern Noir: The Sights & Sounds of Bound” – with cinematographer Bill Pope, editor Zach Staenberg, and composer Don Davis) the crew speak with great pride of their involvement with the project, and how they became attached to it. . Pope, for example, got hired due to his work on ARMY OF DARKNESS (Universal,1992) and he worked cheap!

New for this release:
• “Part and Parcel” – with titles designer Patti Podesta – a (2017) video interview with the  designer on how she created the noirish titles in the era before CGI took over.

•
• “The Difference Between You and Me” – with B. Ruby Rich (Prof of Film/Digital Media U, C, Santa Cruz) and Jen Moorman (Prof of Film Studies & Gender Studies, Loyola Marymount U., L.A.) discuss BOUND and its importance in Neo -Noir ,as well as an examination of Film Noir.
•

•
• Essay by Guinevere Turner -an interesting 4 page read as to why this film is so important to LGBTQ cinema, and especially for its portrayal of lesbians. 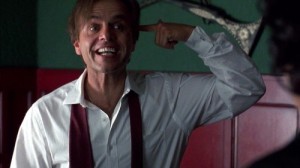 This is a MUST HAVE for anyone who loves classic thrillers, well-made cinema done with style and dark humor, superbly acted and directed in an engrossing story. 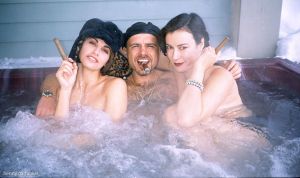