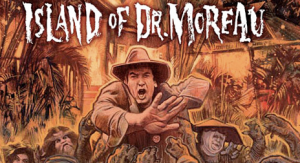 This documentary rates up there with LOST IN LA MANCHA (2003) on the horrors and misadventures of filmmaking and what might have been.

Director David Gregory (the underrated PLAGUE TOWN,Severin 2008) has tracked down many of the players in the production that became a John Frankenheimer (SECONDS, 1966) movie and in Rashomon fashion, we hear of the genesis of the project to what was finally released.

Gregory also explores the history of the 1896 H.G. Wells novel ‘Island Of Doctor Moreau “, which even in itself was surrounded by controversy and Wells’ accusing Joseph Conrad of plagiarism for his 1899 work “Hearts of Darkness”.

Coming off the relative success of HARDWARE (1990, available from DVD from Severin) and the studio interference on DUST DEVIL (1992, seek out Subversive Cinema Director’s cut which is the most extant version), Richard Stanley was a relatively hot property. 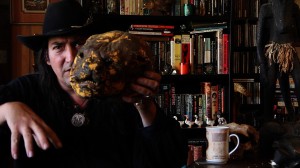 Stanley, then in his 30s, was excited when New Line Cinema greenlit Stanley’s proposed remake. The film that he had proposed from existing drawings would have been a hellish present day reflection on God and Religious ideals (one sketch has Moreau holding a new born creation with the operating light forming a halo around his head as in the background his creatures in surgical gear lick the blood off the instruments.).

The director hated the 1977 version that AIP had released (no footage is used from this version) and his version seemed to want to create the entire world that the creatures lived in.

Problems began when the studio attached big name stars like Marlon Brando and Val Kilmer, whose egos ballooned as fast as the budget for the film. Due to them, other actors left (James Wood, replaced by David Thewlis, and Rob Morrow, who saw the train wreck about to happen).

Nature seemed to conspire against them too, as the locale chosen and weather conditions threatened several times to shut the production down. Finally, the studio decided to remove Richard Stanley as director, and desperately sought out a replacement. With only a week prep, John Frankenheimer who had stayed away from the genre since the disastrous mutant bear horror PROPHECY (Paramount ,1979), took over with a new cinematographer and rewrites happening constantly during the course of the remaining filming.

This documentary is actually longer than the released ISLAND OF DOCTOR MOREAU (New Line 1996) but has a much more involving story to tell. 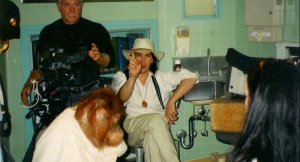 (Director Richard Stanley before the purge) 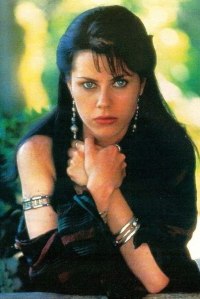 Several of the participants had passed on before this documentary was shot (Brando ,Frankenheimer, the 2’4” Nelson de la Rosa(the inspiration for the later Mini Me in The Austin Powers films )) while Val Kilmer seemingly declined defending the myriad comments that showed him to be a “dick” .Also M.I.A.  is Mike Thewlis, but almost everyone else in front and before the camera still with us ,from background Aborigine performers, to the makeup team to the production office to stars ,the charming Marco Hofschneider (EUROPA EUROPA,Orion,U.S.release 1990) and Fairuza Balk, (RETURN TO OZ,Disney 1986) .

Also on this must have disc is  a lot of amazing behind the scenes video footage shot at the time during production captures the madness and creativity that went on for the six month gestation of the beast that was ISLAND OF DOCTOR MOREAU.

Director Stanley seems to have gone into seclusion in France since the madness and frustrations of that film, working on some shorts and screenplays in the interim. Let us hope that he might be tempted back to make an independent production. 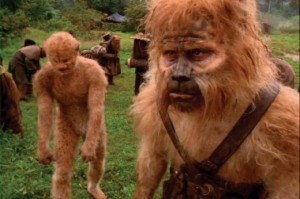 Extras on the blu ray include extended interviews , Graham Humphreys concept drawings, an archive John Frankenheimer interview, a Barbara Steele interview(yes at one time she was involved),and more.

This is a must have item for general film fans and horror collectors. I have been cautious not to give away many of the surprises in the production as you should discover them for yourselves and shake your head in disbelief that films get made at all! 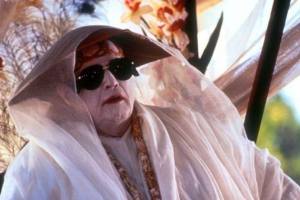 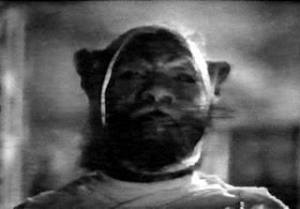 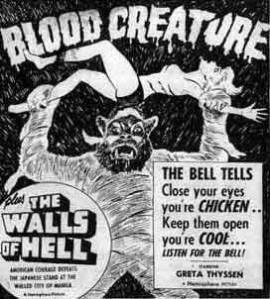 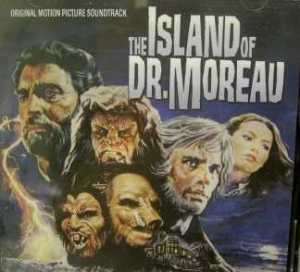 Please “like”,follow and share our articles and reviews on  https://scarletthefilmmagazine.wordpress.com

and on Facebook at https://www.facebook.com/SCARLETreviews .   Let them know that SCARLET sent ya!